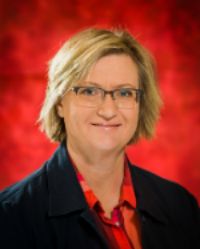 Ms. Cindy Larsen,  Chairwoman of the Board

Montana native, Cindy Larsen, was born and raised in Miles City. She holds a Bachelor of Arts degree in Human Services from Western Washington University. After marrying her high school sweetheart, John, the couple lived in Havre and Whitehall before moving to Glendive in 2012. John is the assistant principal at Dawson County High School.

With two young children in tow, Cindy opened a home decor and antique store in Whitehall. While serving as the Chamber of Commerce president, she wrote a $500 grant for the Meth Watch program. Involvement in the program renewed her passion for substance-abuse prevention and she subsequently wrote, and was awarded, a $750,000 grant to combat DUI and binge drinking in Montana. Cindy managed this policy and enforcement-focused project under the direction of the sheriff’s office.

Locally, Cindy has worked in Child Protection Services and the Seventh Judicial District Treatment Court. For five years, she has chaired the Dawson County DUI Task Force. Cindy enjoys volunteering her time at The Attic and assisting agencies with grant writing opportunities.
Since becoming foster parents, Cindy and John’s family has grown to include an adopted daughter. Cindy also helped start a foster and adoptive parent support group in Glendive. Currently, Cindy is self-employed and the owner of Vintage Endeavors where she buys and sells antiques and repurposes vintage goods. 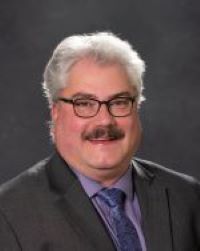 Mr. Chad Knudson, Vice-Chair of the Board

Chad has worked in business development and management in large corporations and small business ventures in Bismarck, Denver, Chicago and Glendive. He has experienced both successes and failures, all of which have contributed to life-long learning.

He is a past recipient of MDU Resources Group’s Einstein Award for Innovation, is president of the Leadership Glendive program and active in other community activities.

Chad is also an avid traveler, having spent significant time studying language and culture in Spain and travelling extensively in Europe, South America, and the United States for both business and pleasure. His favorite getaway is to the ski slopes. He is proud that every journey has eventually led him home. 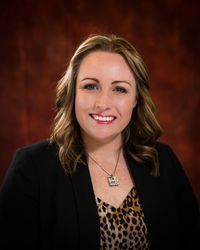 Sarah Thorson joined the Board of Trustees in May 2020. Born and raised in Glendive, Sarah graduated from DCC with an Associate of Science degree and earned her Bachelor of Science degree in Animal Science at Montana State University. She currently works as a Beef Marketing Manager for GENEX, a cattle genetics company headquartered in Wisconsin. Husband Ryan ranches full time on the family’s ranch west of Glendive. Sarah and Ryan are the proud parents of two lovely daughters. Sarah notes, “I have eagerly watched the growth and success the college has seen in the last few years and am honored to be part of the continued achievements of the organization.” 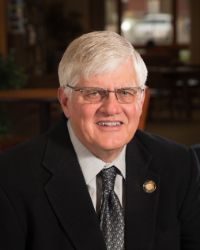 An alumnus of Dawson Community College, Mike has served as a Trustee since 2014. Originally from Indiana, Mike came to Glendive as a student-athlete at Dawson Community College. Upon graduating, he continued his education at MSU-B (formerly Eastern Montana College) and later returned to Glendive, serving as an insurance agent for HUB International and raising his family. Now retired, he and his wife, Carole, enjoy numerous activities in Glendive as well as traveling and spending time with their children and grandchildren. 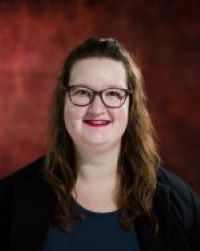 Proud to call Glendive home after moving from Denver, CO as a teen.  A graduate of both Dawson County High School and Dawson Community College.  Kathy is passionate about education and proud to support the school that became more than just a place to learn, but a place to grow.
Kathy is married to Thomas Hoiland, a design engineer; together they have three wild and wonderful children ages 8, 6, and 2.  Currently, Kathy is a small business owner, substitute teacher, and student.  As a passionate believer in strong families and communities, she is thankful to be involved in CASA of Eastern Montana, Sidney MOPS, Badlands D&D, and whatever else she can find to help with and collect a myriad of hobbies. 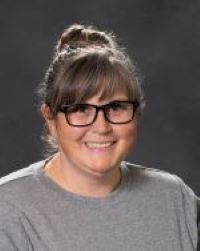 Sandy was born and raised in Glendive, graduating with the class of 2000. Attended & played softball for DCC in the Fall of 2000.  She married Tyler Johnson in December 2001, where they both graduated from Rhema Bible Training Center in Broken Arrow, OK in May of 2003. Sandy is currently an Area Administrative Supervisor for the Montana Department of Transportation and has been with the Department since 2009. Tyler is also employed with the Montana Department of Transportation, as a maintenance technician. Her biggest accomplishment to date is getting to be a mom to her children.  They have one daughter 11 and one son 7. Sandy also serves as a member of the Glendive Community Cancer Fund. Sandy loves Glendive and is proud to live here and feels very honored for the opportunity to serve on the DCC board. 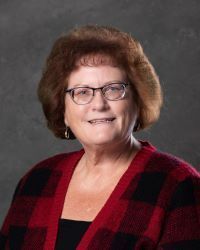 Gloria was born and raised in New York although Montana has been her home for 32 years. Living in Helena from 1990 – 1998, she moved to Eastern Montana after marrying her husband, who is native to Glendive. They have one adult daughter who lives in Seattle.

Gloria holds a Bachelor of Science in Speech Pathology with concentrations in Psychology and Human Development and a Master of Arts in Audiology, both from the State University of New York at Geneseo. She’s spent her career working with the elderly and disabled and is currently employed as a Community First Choice (CFC) - Quality Assurance Program Manager with the State of Montana, DPHHS-Senior & Long Term Care Division.

Gloria was raised to value higher learning.  Growing up her mom’s mantra was, “The best thing you can do is get an education.”  College was expected, not a choice.  Gloria is an advocate for community involvement and has served on various boards. In addition to volunteer work as a Trustee, she is the current Chair for the Dawson County Housing Authority and the Dawson County Democratic Central Committee. In her spare time, she enjoys traveling, hiking, biking, walking, reading and being involved with Community Theater.